Winner of  the Canal + Award.

In a remote Italian village by the Mediterranean Sea, at the annual fair, all the locals gather on the beach waiting for the arrival by sea of a traditional illuminated statue, the Stella Maris.

Giacomo Abbruzzese (Taranto 1983) works as director and screenwriter between France and Italy. In 2012 he was in residence at the Cité des Arts in Paris and was selected for the Berlinale Talent Campus. Graduated at Le Fresnoy with special mention in 2011, between 2008 and 2009 he was artistic director of the Palestinian public channel AQTV. His short films “Archipelago” and “Fireworks” have been screened at many international festivals including Oberhausen, Viennale, Clermont-Ferrand, Indielisboa, New Cinema in Montreal, Dubai. He received many awards including: Best Short Film at Torino Film Festival and a Mention at Nastri d’Argento. In 2013 he has been selected by Cannes Film Festival for the next session of the Cinefondation Residence to develop his first feature film. 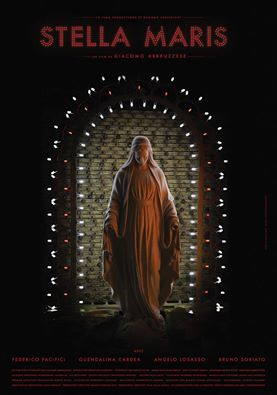