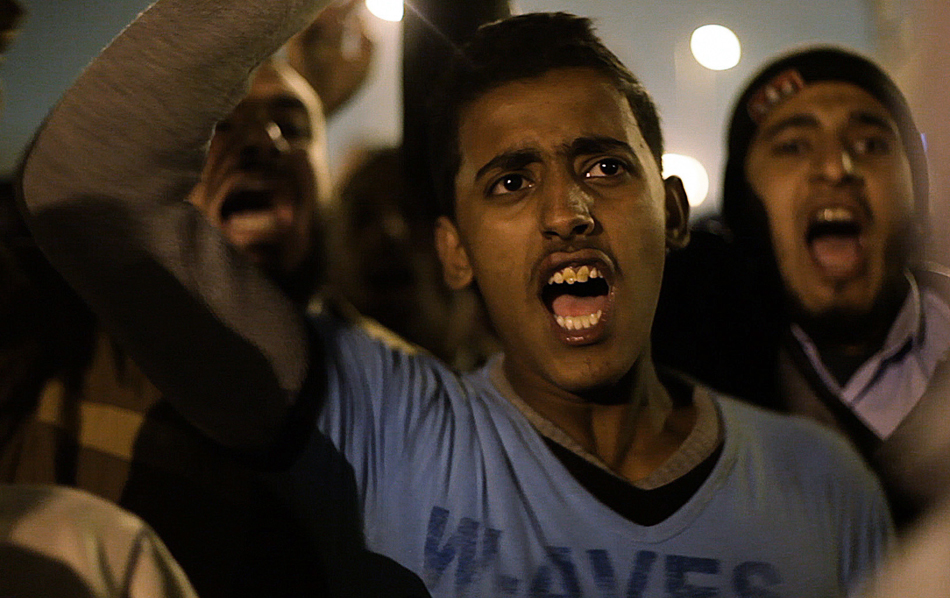 From Facebook thumbs up to the battle of stones, a history of hope, fear, despair, anger, pride and elation, the film is the real-time chronicle of the two most exciting weeks in the history of modern Egypt as lived by their protagonists. Since the 25th of January, together with thousands other Egyptian citizens, Noha, Ahmed and Elsayed have been involved in a massive movement of street protest for political freedom, that by the end of the first week of urban guerrilla and brutal state response, has become nothing less than a revolution to overcome Mubarak’s regime. Day after day, sleepless night after sleepless night, the film follows these young and unexpected heroes along their shattering fight to conquer their freedom.

Stefano Savona (Palermo, 1969) studied archeology in Rome and took part in several archaeological excavations in Sudan, Egypt, Turkey. In 1995 he began working as a freelance photographer. From 1999 he devoted himself to the direction of documentaries. His feature film “Spring in Kurdistan” (2006) was awarded with the International SCAM Price at Cinéma du Réel Festival in Paris and was nominated for the David di Donatello. “Cast Lead” (2009) was selected for the Locarno International Film Festival and won the Special Jury Prize. In 2011 he produces and co-directed “Palace of the Eagles” which won the Grand Prix of the Festival du Cinéma Réel 2011.

“Tahrir” embraces the thrill and uncertainty of popular action. In some ways resembling old-fashioned vérité, Stefano Savona’s chronicle aims to plunge you into the crowds and clamor. Mr Savona focuses on the homemade rhythms of strangers brought close together, the words of their call-and-response and the felt duration of watching and waiting. With the fate of Egypt still cloudy, his film has already become poignant.”  –  Nicolas Rapold, The New York Times