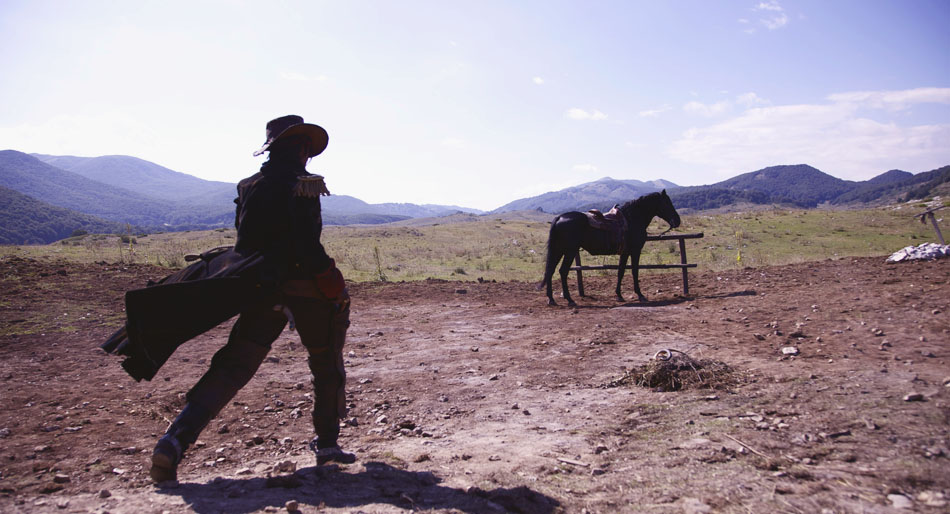 1861 – Italy is becoming a united nation, but it is a time of turmoil. In Sicily brigands, female as well as male, roam the land. Brigantessa Reginella – the hero of our story – is planning her revenge on the man who brutally wronged her.

Giovanni La Pàrola (Palermo, 1975) studied cinema in Bologna and started immediatly to direct shorts and  documentaries. In 2001 with the movie “Still Life” he won the Cesare Zavattini Proce with which he made the short film, “Il pugile”. In 2006 he directed the feature movie “E se domani”, distributed by Medusa. In 2011 he directs Cusutu n ‘Coddu, funded by New Art Price of the Fondazione del Monte di Bologna and the Italian Ministry of Culture. The short film has received numerous awards in national and international festivals.

Produced by: Dugong in collaboration with FilmGood e Lotus