Myslivecek was known as “Il Boemo”. He was a composer who sacrified everything to be free, loved and famous. Yet he died alone, sick and forgotten. The son of a Prague miller, who expected him to follow in his footsteps, Josef as a young man flees to Venice to realise his dream of becoming a composer. Against all odds he manages, and his success surpasses even his own expectations. During the 1770s he is at his most prolific, composing numerous works in the Italian “opera seria” style. 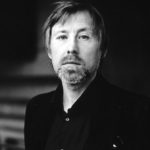 Petr Vaclav is a graduate of Prague’s FAMU and a scholar at Paris’s LA FEMIS. He is also a former scholar of the French Academy in Rome — Villa Medici. His first feature film Marian was premiered at Locarno Film Festival and won the Silver Leopard. His second film Parallel Worlds (2001) was one of the finalists of the screenplay competition NHK Award — Sundance and competed at the San Sebastian festival. The Way Out was released in 2014 at the Cannes Film Festival in the ACID section, making it the first Czech film to be premiered at this major film festival in 23 years. It was awarded seven Czech Lions, including Czech Lions for the best film, screenplay, and director. His Drama We Are Never Alone (2017) received the people’s Tagesspiegel Award at the Berlinale festival and the award for the best artistic contribution at the Cairo IFF.

with the support of