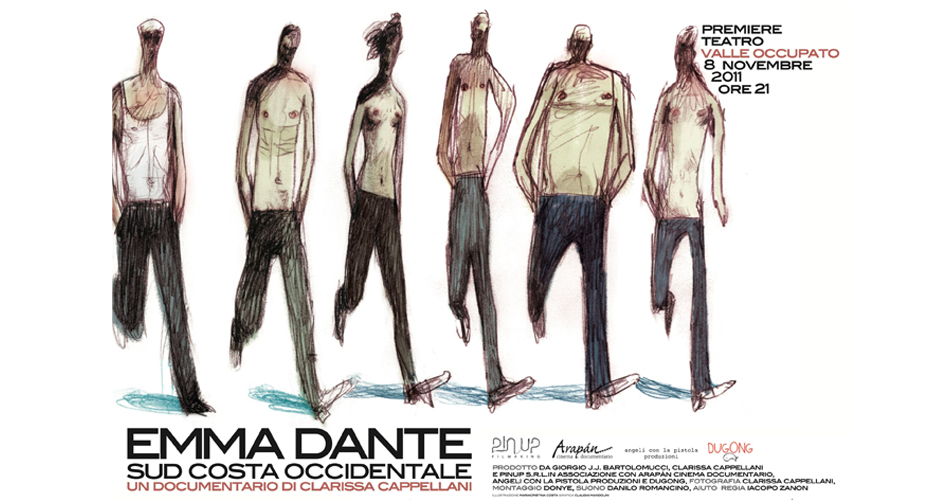 Emma Dante is probably the revelation director in the Italian theater scene of the early 2000s. Together with her Sud Costa Occidentale  (“South West Coast”) company, she has revealed a different face of Palermo and a different approach to acting. Highly acclaimed in Italy and across Europe, she  has worked in prestigious mainstream theaters as well as in alternative venues. She has won multiple awards and has been the subject of several books.

Clarissa Cappellani (Palermo 1978) lives in Rome where she gradueted in Moderne Literature. She began working in film as first assistant in the movie “Private” by Saverio Costanzo. As director of photography she works for documentaries broadcasted on Rai and Fox. She cinematographed the movie “The grotesque side of life” Cipputi Prize winner, best film about the world of work at the Turin Film Festival 2006, “8744” premiered at the Festival Libero Bizzarri 2007, and “Housing” documentary produced by Rai Cinema, presented at the Locarno International Film Festival 2009.