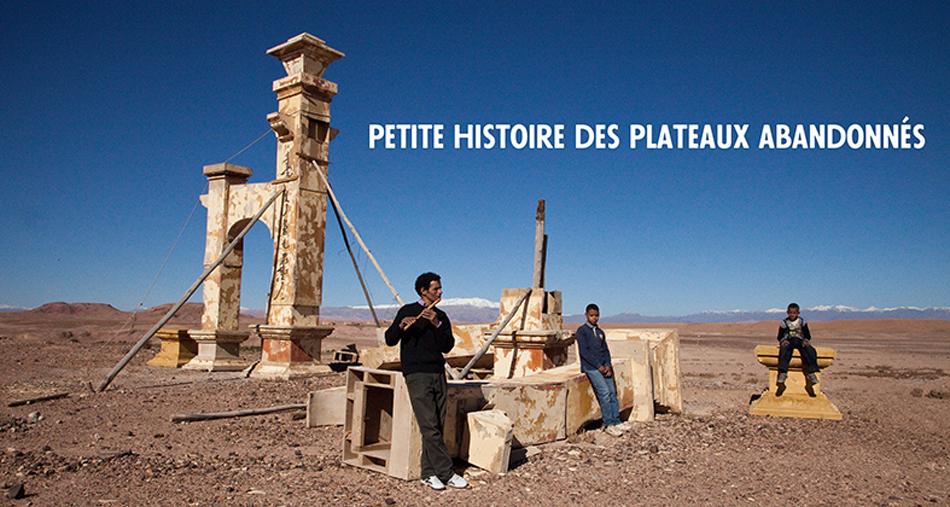 Morocco is an ideal place for cinema production. Many great films have been setting here. Its film history includes many famous titles from historical dramas, like “Lawrence of Arabia”, to horror films like “The Hills Have Eyes”, through to the multiple award winner “Kundun”. The region in which these epics were shot still has the architectural and cultural remains of the film shoots. Petite Histoire des Plateaux Abandonnée gives us a look at this unstable representation of history, with its biological decay of “ancient ruins” and the ability of the local desert inhabitants to recite lines verbatim from the films. It is a stylish, amusing and poignant look at what it really means to be a stand in for Hollywood.

Rä di Martino (Rome, 1975) studied at Chelsea College of Art and at the Slade school of Art in London. Her film, video installations and photos have been shown in many institutions, museums and film festivals around the world. The short movie “La camera” (2006) is funded and acquired for the collection of MACRO, the Museum of Contemporary Art in Rome and shown at Center Pompidou. The video installation “The Dancing Kid” (2008) was invited to the MANIFESTA Biennal. She has published various photographic projects including the serie “No More Stars” (2010-2012) which document the remains of abandoned movie sets in North Africa.